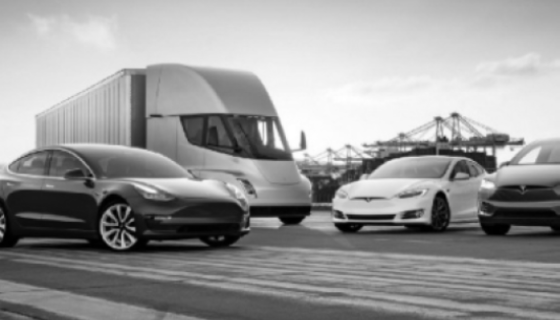 A bold and electric future for Canada

Canada is at a crossroads.

Rather than embark on a debate regarding transformation, let’s embrace the transformation and the green movement and dream big. As a caveat to the transformation, and as a former Economic Advisor to the Provinces, I believe strongly that any government program should have a significant multiplier benefit across multiple stakeholders. Canada, like much of the world, is a signatory to the Paris Climate Agreement. A commitment to reduce greenhouse gas emissions (GHG) to more sustainable levels for our planet.

Thus far, we are not on a trajectory to meet our voluntary objectives.

The reduction we are looking for is approximately 150 Mt (megatonnes) by 2030. The two largest sources of GHG in Canada, according to the Government of Canada, are the Oil & Gas sector and the Transportation sector. Both accounting for roughly 200 Mt out of a total of almost 700 Mt. Within transportation, passenger vehicles, light trucks (think SUVs and pickups), cars, and freight trucks account for over 150 Mt per year.

In order to meet our objectives we have two choices as a country: electrify transportation or shut down the vast majority of our oil and gas production. The latter would effectively destroy an already devastated west, so the focus here will be on electrification which I believe is the bold course of action.

What can we do? There are a handful of options that would allow the accelerated electrification of transportation while potentially adding thousands of jobs.

Using Tesla’s patents (which it has made available for free), a crown corporation could be created to build electric vehicles including both passenger vehicles and transport trucks. A world-class executive team could be recruited from Canada's already strong automotive and technology industries, supplemented with leaders in electric vehicles from around the world. In order to build the battery and assembly plants required to produce 2 million passenger vehicles and 100K transport trucks a year, the cost would be roughly $50B. Another $50B would be set aside for incentives to drive the quick adoption of roughly 5 million electric vehicles at $10,000 per car. These vehicles could then be sold to Canadians at cost. Pricing at around $25K — $40K for a simple passenger vehicle resembling the Model 3 and $200K for a transport truck. Within 10 years Canada could electrify roughly one third to half of its 35M vehicle and truck stock, creating jobs and a homegrown supply of EVs.

The next option involves less risk but is equally bold. The government of Canada should approach an automaker to pre-emptively purchase 10–15M electric passenger vehicles.

The plan would result in a joint venture with the automaker. Canada would own 49% of the entity, with the remaining 51% owned by the automaker. All assembly, parts, and battery facilities would need to be built in Canada. These new facilities could be located in 3 hubs. Western Canada, Central Canada, and Eastern Canada. The cost would be roughly $50B. Another $50B can be set aside as incentives similar to the first option.

The final option is the easiest to implement but lacks the advantage of the lasting infrastructure and job creation presented by the first two options. Massive tax breaks for the purchase of a fully electric vehicle with an additional incentive for those households who move to a fully electric mode of transportation.

As an example, a $15K tax break for the first car if it’s a multi-car household or $30K if it’s a single-car household. To layer in additional savings, if the second vehicle brings the household to 100% electric compliance, the tax break doubles. Another thought would be to trade your vehicle that is over 5 years old with a tiered tax incentive framework. The idea would be to bring the Canadian stock to 10M+ electric vehicles.

Canada has a role to play in the world-wide effort to reduce GHG. We should remember that many of the concepts and programs currently being contemplated have been tried elsewhere at some point in time, or a detailed study has been performed. Economics is still a science and, just as we have learned from COVID, science directly impacts policy. Let’s not forget that the ‘novel’ idea someone is proposing has likely been tried and tested at some point in time providing a significant amount of data to learn from. Canada deserves a scientific, data-based and fully researched approach to electrification. This country is too special to squander.